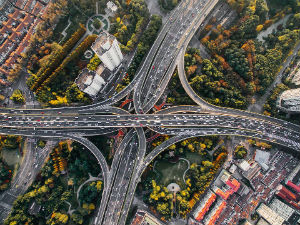 Traffic congestion will reduce by up to 24 percent in West L.A. and Santa Monica if motorists were charged a $4 to travel freeways and major roadways, a new study show. The study was released Thursday by the Southern California Association of Governments.

This study is the first that targets a specific region of Los Angeles County. Politicians and transportation planners have been discussing potential congestion pricing for several years.

Th project would cut vehicle hours on affected roadways by one-quarter. Vehicle miles would be reduce by more than one-fifth in certain areas of West Los Angeles and Santa Monica.

Vehicles travelling through the “Mobility Go-Zone” during morning and afternoon rush hours would be charged a fee. Discounts will be available to low income drivers. Trips that being in the zone would not be charged a fee.

Metro and SCAG as chose this area because it is one of the most high-volume traffic zones in Southern California. The 10 and 405 freeways are rated sixth and third among the most congested freeways in the nation. Traffic crawls as slow as 5 mph during peak hours.

It is also a major employment hub in the city. Many commuters travel to UCLA, Santa Monica College, St. John’s Hospital, and other major employers.

Metro and SCAG reached the conclusion that southern California cannot accommodate any new freeways. This is a major component in the decision to implement the traffic fee. Authorities say it is no longer feasible to continue building and expanding freeways.

L.A. country could raise $1.2 billion a year from a congestion pricing scheme.

What do you think? Would you be ok paying a fee to use these highways during peak hours, if it meant less traffic?

Self Driving Cars: Not Ready for LA