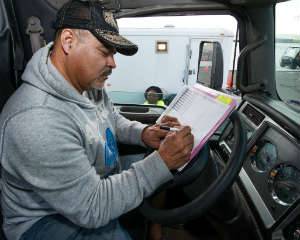 Lately, there has been a lot of issues surrounding the trucking industry and new rules. And everyone in the trucking world knows that the Federal Motor Carrier Safety Administration (FMCSA) makes most of those rules. In fact, the FMCSA regulates and provides safety oversight for commercial motor vehicles.

As their website states, their mission is “to reduce crashes, injuries, and fatalities involving large trucks and buses.” But… has anyone working for FMCSA ever been out trucking on the roads? As recent reports tell us… they haven’t.

In fact, NONE of the top administrators for FMCSA have ever had a commercial drivers license. Essentially – none of them have ever been truck drivers. So, how are they creating rules for an industry they’ve never experienced firsthand?

Interestingly, it’s not uncommon for this to happen. The top positions at federal agencies generally don’t have much experience with the industry or field that they make regulations for. But, why? Even if these administrators have the best intentions, can they ever really know the realities of truck driving without the experience?

Sometimes, the lack of understanding just causes frustration among workers in the industry. In fact, there have been several protesting groups arising as of late. One of these groups is “Black Smoke Matters.” They feel that they are being misrepresented in the FMSCA and want to be part of the regulation process.

In fact, one of the goals of the group specifically states: “Due to the fact that truck drivers are individuals being regulated for the job that they perform, they should be granted the opportunity to form a committee of truck drivers from all sectors of the trucking industry to act as advisors to the U.S. Congressional oversight committees and the Department of Transportation.”

What do you think about the recent reports? Should drivers in the industry be able to sit on the board of regulators at the FMCSA? How can we create rules and regulations that benefit everyone?

COVID-19 Waiver Causes A Divide Out Of The Trucking Community

CBD Used by Truckers? What’s Allowed and What’s Not

Save on Fuel With These Tips for Truckers!