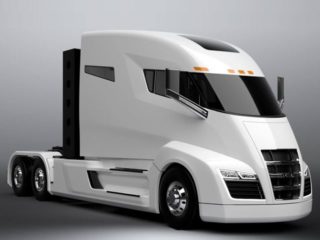 Tesla might have a great surprise for the trucking industry: the designer and manufacturer of premium electric vehicles is developing a semi-truck they plan to unveil next year. Even though it follows Tesla’s mission to accelerate the advent of electric vehicles, working on a truck is new for the company and certainly a challenge.

All-electric trucks are a rare concept. BYD has started testing a model they have developed in Los Angeles but it is a small business.

Tesla is capable to bring it to a new level. According to their ‘Master Plan’, the types of electric vehicles that are currently needed are large trucks and high-passenger capacity urban transport. Tesla believes that all-electric trucks will help to reduce the costs of cargo transport while making the trucks safer and even more fun to drive.

Many people following Tesla have been expecting the company to venture into freight transport but what is surprising is that it has happened so soon. It should be noted that while the all-electric truck will be unveiled next year, it is still unknown when it will become available.

It can be seen as a good sign that Tesla is investing in ‘Tesla Semi’. It shows their abilities and goals in battery technology, as hauling cargo requires a lot of energy. It is surely a challenge to make it possible to do with only electricity.

However, Tesla is not the only company developing an electric truck. Two months ago Nikola Motor announced they are going to revolutionize the trucking industry with their new concept called ‘Nikola One’ (see the picture). It is a truck equipped with a 320 kWh battery pack that will allow a range of 1200 miles with a natural gas range extender. The model will be unveiled in the end of the year.

Tesla stresses that they will manufacture only all-electric vehicles and they are ready to accept a challenge of building a truck operating fully on electricity. Tesla is also working on a new pickup truck that is currently on a more advanced stage of development than the all-electric semi.

Mack has Launched a New Maintenance Program for Customers