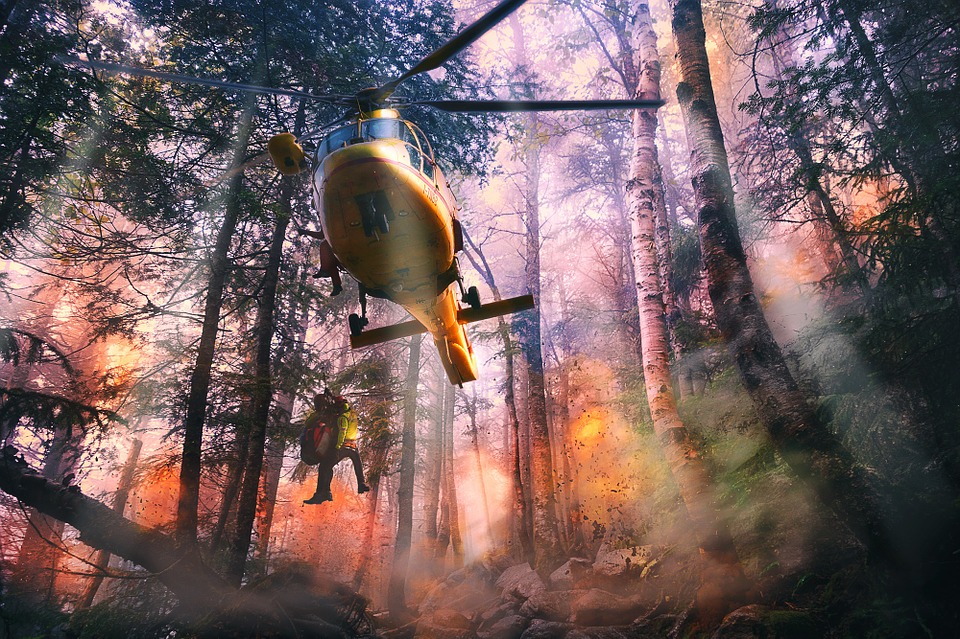 LOS ANGELES, CA – The oceanfront neighborhood is facing brush fires and home evacuations due to a fire while firefighters try to control and extinguish the flames.

Monday morning, around 10:30 a.m. local time, a blaze broke out in the Pacific Palisades neighborhood, in the city of Los Angeles. The area faces the Pacific Ocean and has multiple houses spread throughout the hills, filled with vegetation.

In about 15 minutes after the fire started, the flames consumed 18 acres, as noted by the Los Angeles Fire Department. However, as of now, the fire has burnt more than 38 acres and it is still spreading.

The flames pose a serious threat to several homes. Although officials have stated that no building has been damaged yet.

However, many houses have received mandatory evacuation notices and many residents have been seen fleeing the area. Several animal owners have also tried to take them to a secure place.

Many neighbors have been holding their horses and even trying to protect their homes by wetting the surroundings before leaving the scene. When the fire got closer to the houses, multiple homes had to be evacuated.

Currently, the source or cause of the fire is unknown and still under investigation.  Nonetheless, all the efforts are being directed to extinguishing the flames.

More than 150 firefighters are now at the scene. And they are expected to stay for several more hours to be able to keep the fire from spreading any further. They are using land and air support with the use of specialized helicopters.

Officials declared that, as of now, no casualties or injuries have been reported. The LAFD also confirmed that it is not a wind-driven fire, but a terrain-driven one.

The news of this blaze come shortly after several other fires were detected earlier this month in the northeastern part of L.A., close to Santa Clarita. The hot temperatures, plus the dry and windy conditions could be to blame for the multiple fire outbreaks.