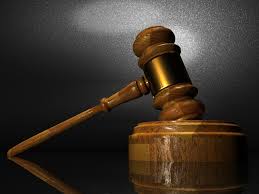 Avenatti rose to national fame two years ago. Then, he represented adult film star Stormy Daniels. Daniels found herself at the center of political controversy when investigators uncovered a payment made to her by Donald Trump in exchange for discretion. The pair carried out an affair for which Daniels signed a non-disclosure agreement. The payment she received came under fire for being a possible campaign finance violation.

Avenatti inserted himself onto the public stage by holding press conferences related to Daniels’s litigation. Now, prosecutors charge him with stealing $300,000 from his client.

Additionally, they accuse Avenatti of stealing millions from a paraplegic client. Also, the allegations include stealing almost $840,000 from Gregory Barela, a former client. Barela testified at the hearing Tuesday.

The disgraced lawyer maintains his innocence and accuses Barela of lying. He rose his voice on several occasions during his disciplinary hearing. He appeared distressed.

Eli Morgenstern, the state bar’s senior trial counsel, presented the case against Michael Avenatti before the judge. He advocated for placing Avenatti on involuntary inactive status. It prevents the attorney from practicing law, though stops short of disbarment. However, a separate proceeding seeks to disbar him.

Now, in addition to litigation from the state bar, Avenatti must answer for the present infraction. Details, initially under seal, became available Wednesday. Claims include money laundering while out on bail. Allegedly, he shifted money out of his business account to hide it from creditors.

He owes them upwards of $10 million.

The new charges pile atop his embezzlement cases.