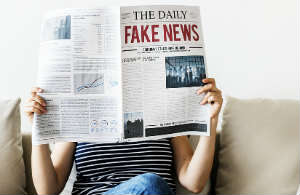 The truck driver shortage. Every conversation about trucking in the United States seems to lead back to this topic. But, what’s going on with the shortage? Is the shortage as bad as the media makes it out to be? Although it is considered the top concern in the industry, according to the survey done by the American Transportation Research Institute, it might not be as concerning as we all seem to think it is.

A new report from the U.S. Department of Labor just came out, and it indicates that the panic may be just a result of more fake news. Basically, the report dives into the usual complaints and explanations about the driver shortage. Many believe that the numbers are low due to the market’s dysfunction, the high turnover rates and more. However, this new report may suggest that the stats really only show that the industry is similar to other occupations.

As the Bureau of Labor Statistics’ monthly report states: “the overall picture is consistent with a market in which labor supply responds to increasing labor demand over time, and a deeper look does not find evidence of a secular shortage.”

Essentially, like most jobs and industries, those with higher earnings and working hours are found less likely to leave. Basically, BLS summed up with the notion that: “there is not, and has never been, a serious shortage of people willing to work as truck drivers.”

Moreover, there’s been some conflicting data floating around the industry in terms of how to get and keep new drivers. For example, the discussions about recruiting programs and who they target. The most success in the industry, according to some, is actually from other drivers’ referrals.

These drivers tend to understand the expectations of the industry and the company better than brand new drivers with no experience or insight. Although, others say that drivers need better treatment – then they’d be more likely to stick around.

So, what is the answer? What do you think about the truck driver shortage? Is it another case of “fake news”?

Gridlock at the Ports Will Likely Blow Up Fourth of July

Insurance Advice for the Millennial Generation