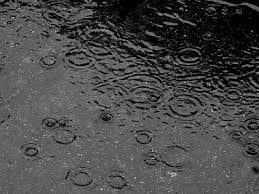 Sunday night featured heavy rainfall leading to a number of street closures. The storm precedes a second expected later in the week with colder temperatures.

Already by Monday morning, much of Los Angeles County saw over an inch of rain. Slick roads appear to be responsible for a number of traffic-related incidents. On the 210 just past Sunland Blvd, a truck jackknifed resulting in a 2-hour closure. In Mid-City, a police officer driving a motorcycle slid into a car. An ambulance transported him to the hospital with non-life threatening injuries. No critical injuries have been reported.

Crashes and spinouts numbered in the dozens by Monday morning.

Across Los Angeles, flooding led to closures, like the Burbank onramp to the 134, congesting traffic.

Areas across LA County that experienced fires earlier in the year now face a second threat. Without the plant life to absorb water and hold the soil together, the dirt is likely to turn to mud. Already, a portion of Malibu Canyon Rd became impassable due to mudslides crossing over the street. California Highway Patrol closed the road down for five and a half hours.

The Woolsey fire scorched the area, clearing steep hillsides. Similarly, the Getty fire’s impact on the Sepulveda Pass has created a similar risk for that region.

The heavy rainfall across LA County, which was greatest in the San Fernando and Santa Clarita valleys, came accompanied by snowfall in the mountains. The forecast predicted 5 to 7 inches within the 5,000 to 7,000-foot elevation range, and a potential 6 to 12 inches above 7,000 feet.

Colder temperatures later in the week may bring snowfall down to as far as 4,000 feet. The second rainstorm is expected to arrive sometime in the afternoon on Wednesday, making for a cold and wet Christmas afternoon. That front will occupy Los Angeles through Thursday.