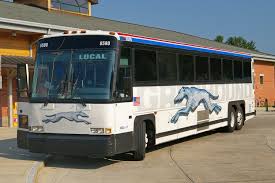 Details now emerge regarding the February 3 greyhound bus shooting that took the life of 1 person and injured 5 others.

The overnight service traveled along the freeway, carrying passengers from Los Angeles to San Francisco. The bus departed late Sunday night, leaving the station around 11:45 pm.

The bus grew quiet as it lulled passengers to sleep in its dark interior. Then, at around 2 am on Monday, passengers awoke to shouting. The shouting gave way to gunfire.

Frightened for their lives, passengers collected towards the back of the bus as one man opened fire. The driver maneuvered the vehicle towards the shoulder of the freeway.

Meanwhile, some heroic passengers wrestled the gun from the suspect. Eventually, they succeeded in disarming him. The man then disembarked the bus and proceeded on foot down the highway.

Police now identify the suspect in the Greyhound bus shooting as 33-year-old Anthony Devonte Williams, a resident of Capitol Heights, Maryland. His violent actions killed a 51-year-old woman from Colombia.

After ejecting the gunman, the bus driver proceeded to exit the freeway while passengers cared for the wounded. Finally, they arrived at a Valero gas station in Lebec where emergency responders met them. Five individuals were taken to the hospital, including one via airlift. Two of the five remain in critical condition.

An employee at an establishment near to the gas station told CBS LA reporters the passengers looked “shocked and traumatized.”

As for motive, investigators don’t believe Williams knew any of the other passengers aboard. Whether the shooting was targeted or random remains unclear.

Police apprehended Williams a short distance from where he exited the bus. They charged him with one count of first degree murder and five counts of attempted murder.

Brain Penning, a California highway patrolman with decades of experience spoke to the surprising nature of the incident. “I’ve been on 25 years, I’ve never seen this happen,” he told reporters.

The remaining passengers received transport via a second Greyhound to complete their journey.

Police will continue to investigate the matter.