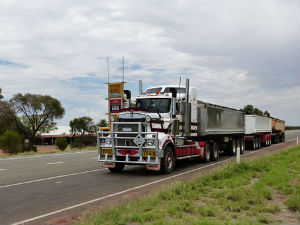 YOUNGSTOWN, OHIO – In a similar fashion to the abrupt closure of mega-fleet Arrow Trucking, the 700-truck operation of Falcon Transport suddenly shut down on Friday, April 26. The company, based out of Youngstown, Ohio, sent emails and messages to drivers alerting them to immediately stop work.

The closure was so immediate that it deprived drivers without jobs, pay, access to fuel, and for many not even a way to get home. Even worse, the fleet also left millions of dollars in freight sitting on the shoulders of roads or in truckstops. The fleet was literally just abandoned where they were. Prior to this, Falcon had been delinquent with payments to brokers and insurers.

An indication of just had abrupt the ceasing of operations was Andy Straley, the company’s executive director of safety, compliance, and risk learned of the shut-down at the same time as the drivers. This is in spite of the fact he’s part of upper management.

According to Straley, around 80 to 140 drivers were stranded by the sudden closure. The company even went so far as to de-activate the driver’s fuel card. Straley later went on to call the move by the company ‘unethical.’ He speculates that the company didn’t have fully comprehend the ramifications of what they’d done.

Drivers and other employees of the company have reacted by already filing class-action lawsuit. In the suit, they allege the company violated the WARN Act, which stipulates that companies with over 100 employees offer a 60 day notice before group layoffs or a shutdown. Consequently, employees are asking for back pay and any benefits owed during that would-be 60 day period.

Straley also mentions that he and other employees used money out of their own pockets, to help drivers get back home.

The reason for the sudden closure remains somewhat of a mystery. Most people suggest that it was tied to the shutdown of the General Motors Lordstown Complex last month. It was a major customer of Falcon’s. Some within the company dispute this idea however. Regardless, the company had stopped paying insurance on the trucks at least a month ago.