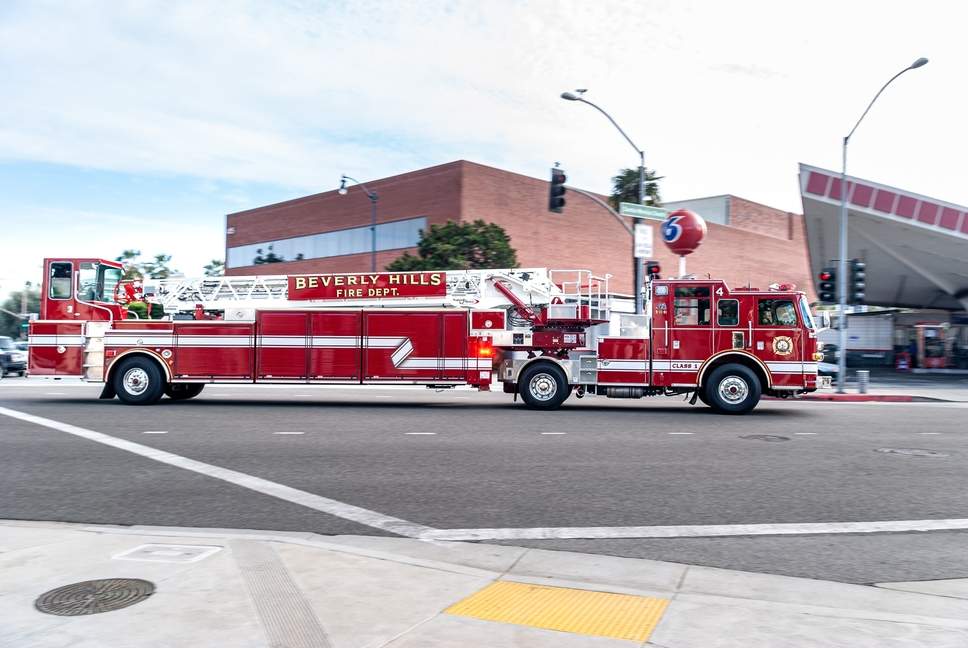 Older vehicles like this will get support from their new electric counterpart.

The Los Angeles Fire Department debuted the first electric fire truck in North America last week. The truck, from Australian firm Rosenbauer, is the fourth of its kind in the world. Compact and quiet, the truck hopes to push Los Angeles towards being a more livable city.

The Rosenbauer RTX contains two battery packs supplying power to its electric motors. It has all-wheel drive and an adjustable suspension, which allows for greater clearance when necessary. It also has a diesel-powered range extender for longer drives.

LAFD announced its order for the electric fire truck back in 2020, but the effects of COVID-19 delayed its shipment until now. The other Rosenbaum electric fire trucks in use are in Berlin, Amsterdam, and Dubai. They have all been in use since before the pandemic. The Rancho Cucamonga Fire Department also has an order in for an RTX, which will likely ship in 2023.

The electrification of public vehicles has long been a goal of many public officials. Many cities have taken to electric buses for commuters, and the RTX was partly designed with these buses in mind. It is smaller than traditional fire trucks, both lengthwise and widthwise, which works in conjunction with its all-wheel drive to make it more maneuverable. But there are many other ways in which this truck looks to improve life in the city.

Like other electric vehicles, these trucks will help reduce emissions and noise throughout the city. Los Angeles is notorious for its poor air quality and high vehicle noise due to the sheer volume of cars the city has. Electrifying some of the heaviest emitters, like heavy-duty trucks and public service vehicles, should help make the city much more pleasant to live in. And the trucks may also have added benefits for pedestrians in the city. Because of its size, the RTX can maneuver in tight spaces, making the idea of narrowing wide streets to make room for bike lanes more acceptable to many.

Adam Miller has Just Been Named President of Swift Transportation