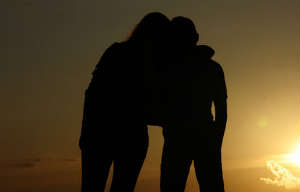 FERNLEY, NV – An act of love and kindness from a thirteen-year-old-boy has gone viral. A single woman, Krystal Preston, posted on social media after her son did something that shocked her. He got her a gift: a surprise car!

She had been struggling without a vehicle to get around with her three kids and three dogs. And, as a single mother, it was difficult to manage everything. Little did she know, however, that her son was working on a plan.

Apparently, her son saw videos online of people buying cars for mothers or loved ones and surprising them with the vehicles. He decided he wanted to do the same for his own mom. In fact, he already worked on yard work for different people in the community – little odd jobs here and there.

One day, he found a car on sale, which a woman posted on Facebook. When he inquired about the 1999 Chevrolet Metro that the woman had up for sale, he tried to make a deal with her.

He planned to sell his Xbox or trade it in for the car, as well as help earn the money by doing some work for the woman. Eventually, she agreed to the deal and let him earn the car in his own way. After he did, she helped him surprise his mom by picking them up to bring them to the car.

His mother, speechless, did not believe that her son had made this happen. As Preston stated: “I lost it, I bawled so bad, I was just like, ‘There’s no way.’ What 13-year-old do you know buys their mom a car, I don’t know any, never heard of any. I can’t even express it, like there’s no words that can express my gratitude and how proud I am.”

It seems many others are, as well, since this feel-good story has spread across multiple states already.

COVID Is A Mighty Threat, But Truckers Don’t Need the Vaccine Mandate