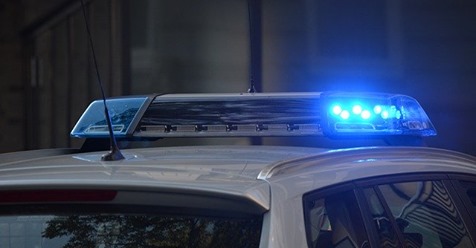 A truck driver has been accused of multiple murders. From “Large -Marge” from Pee-Wees Great Adventure to the “Joyride” franchise, truck drivers have a haunting stipulation about them.

Well, sometimes the horror of the big screen comes to life. Barry Clark Baldwin was found and charged with multiple accounts of murder.

Between 1990-1993, Baldwin is suspected of murdering three individuals in association with him being a truck driver.

Links to Other Murders: A Truck Driver Homicide

Interrogators say that Baldwin may hold clues to other unsolved murders along those same routes.

Baldwin has openly discussed with officials the process of the string of these murders.

One victim, who was so badly mutilated that no record of her can be found, was nicknamed “Bitter Creek Betty”.

The truck driver was caught by matching DNA from a shopping cart in a walmart after being followed by police.

The truck driver has been under prosecution before. A report from one of his victims says that he tied her up, gagged her, and abused her. She got away and pressed charges. The charges were ultimately dropped and Baldwin was sent on his way to continue his murders.

Truck drivers are currently the heroes of the road. With almost everyone serving for the greater good, it makes it extremely difficult to look over how current DNA testing can help identify murderers even over 30-years after it happened. For some, they can rest knowing the story of their daughters disappearance has been solved and the case closed. For others, they await answer.

Baldwin is being held without bail in Black Hawk country jail. He is cooperating and did not challenge his extradition to Tennessee. There he will await trial.

The new 2020 Corvette has finally reached production. But boy–has it been a bumpy ride. The new model looks sleek and speedy. Running just under $60,000 when purchased new, it boasts 500 horsepower and a mid-mounted V8 engine. It comes

Multiple protests are coming together in Los Angeles over the death of George Floyd – a POC who was pronounced dead in police captivity. A video surfaced online of Floyd’s arrest which depicted the unlawful apprehension of Floyd. Derek Chauvin,